VR Giants is an asymmetrical local co-op vr puzzle plattformer developed by Risa Interactive (formerly Wolfgang Tschauko).
The game allows a VR player and a gamepad player to play together on one PC in the same virtual world. The VR player becomes a giant and the gamepad player controls a tiny person. Only by working together they can solve the puzzles and regain their freedom.

VR Giants is still in development and currently in beta. A release date is not yet set and depending on the funding situation.

The giant (Goliath) can help the dwarf (David) to cross abysses or reach higher platforms by offering his body as a bridge. David is highly vulnerable to fire, spikes and other dangers so Goliath must protect David. Only David can collect coins and keys to open gates but requires the assistance of the giant Goliath to do so. The giant Goliath is limited in his movement to a specific play area and can only be summoned by tiny David to move to a new play area.
VR Giants sparks joy and teaches kindness and team communication in a fun and intuitive way by making use of the unique technological feature of two completely different input devices.

The first version of VR Giants was created as part of a master thesis dealing with the subject of body presence in virtual reality. The project was started in 2017 as scientific research and is in developement to become a game since 2019. Already the first experimental version of VR Giants (back then called Goliath VR) was well received, won awards and was featured on news channels.
VR Giants is currently in beta and can be played by anyone who becomes a Patreon.

Available for supporters on Patreon 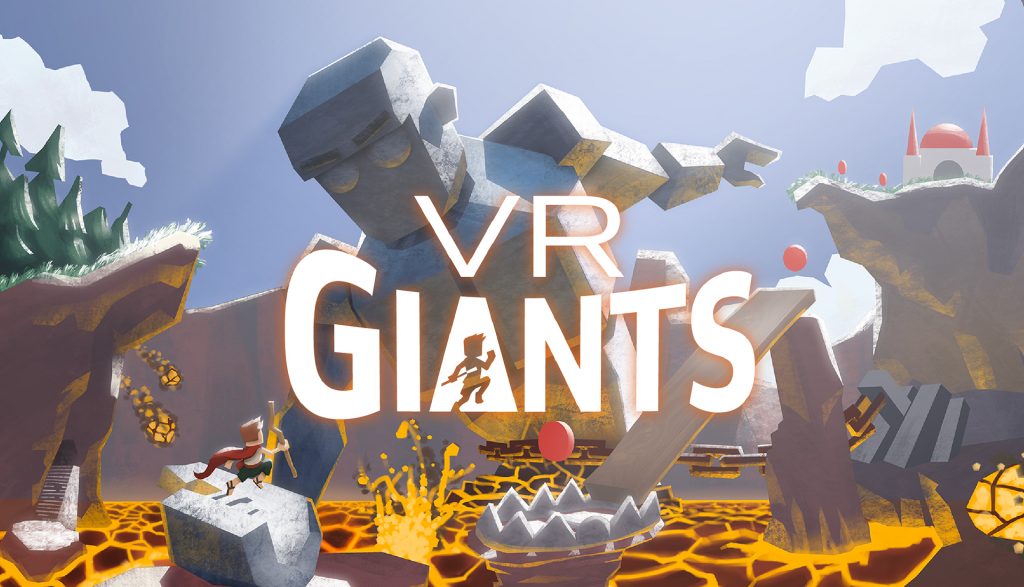 We are a team of three people based in Graz.

We use cookies to ensure that we give you the best experience on our website. If you continue to use this site we will assume that you are happy with it.OkRead more